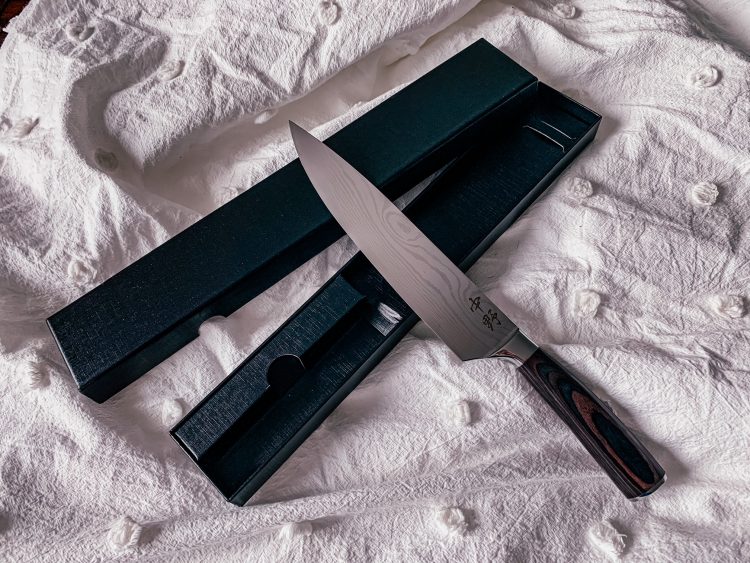 This post contains affiliate links. I make a small commission ONLY when you buy.

When you’re going through a specific life event or trauma where you experience loss in some form, sometimes you’re angry and sometimes you’re sad. I know what you’re thinking: thanks for the groundbreaking info. But give me a minute.

It’s a constant up and down, and I have been riding that shitty tsunami for weeks now thanks to a very painful breakup. And even though some days are “fine”, underneath it all is this dark pit of sadness and disappointment. Anger is motivating. Sadness is debilitating. If you’re really lucky, you’ll get to the point where I’m at lately: a fun marriage of the two, which makes you feel sort of “stuck”.

I spent 15 minutes journaling earlier – just writing every word and thought that came into my brain onto paper. It’s an exercise I took from Amy Chan’s Breakup Bootcamp book (purchase here), and I discovered two things:

1- my handwriting is that of a 4 year old having a stroke. I could barely read it afterwards

2- I am FULL of anger. I actually think the term “rage” is fitting

And after I was done, guess what happened? Well, first, my hand cramped up real bad. It took a while to get full range of motion back to be able to type. But then, I cried. Not like crazy tears, but just some truly sad tears that I had been holding in for days. I don’t think I was holding them in on purpose, I think I had just been so focused on “being ok” that I forgot it’s ok to not be ok.

Confusing, I know, but it’s real. And I try to remind myself that unfortunately, this is just going to feel like shit for a while. You can fight it, or you can use it.

If there’s one thing I’ve learned after sharing this situation on social media, it’s that MANY people have gone through these types of breakups. Mostly women, but men were sprinkled in here and there as well. So, the overarching theme I took away from it was this: I’m not alone, and neither are you.

This is not something that happened to just me, or just you. Everyone goes through breakups and everyone has their own horrific story to go along with it. Some are worse than others, sure, but I’ve said it before and I’ll say it again: pain is pain. We can trick our minds into thinking we are alone in this, but really, we are just one of many hearts that have been broken collectively over time.

The unanswered questions are what plague you, but trying to verbally beat your ex into sharing the answers is what kills you. It’s a very special hell that you can’t get out of unless you make the decision to lift yourself out. It’s hard, but it can be done. I battle with this every single day because I don’t really know what happened to my relationship. I really don’t. But I’m hoping one of two things will happen:

1- I’ll get my answers one day, somehow

Here’s a good book about that actually: The Subtle Art of Not Giving a Fuck – click here.

You can only do so much to control the situation, especially when the situation involves another person (as all breakups do). You can only control yourself. Instead of calling, texting, begging or pleading, you can sit with the unknown for a minute and let it pass through you. Does that mean you’ll feel better about it? Probably not right away, but eventually, it’ll get easier.

Another thing you can do? Try to make yourself happy. Like literally, fuck them. Wait, no, not literally. Don’t do that. I mean mentally, tell them to fuck off and out of your brain. And this goes for everyone, not just those going through a breakup. The same principles apply to people who make you feel bad about yourself. You can tell your boss to fuck off (again, in your brain), a friend who treats you badly, etc.

I know that feels impossible sometimes, but you have to force it a little. You’re allowed to sit with the anger/sadness for a little, but don’t let it drown you. Try to get outside and go for a walk or watch one of your favorite shows and LAUGH. I can’t stress how much laughing can help.

In my case, I enjoy cooking, so I forced myself to cook and it made me feel productive (as well as a little better). Did I make a crazy dish involving 12 steps? Hell no. I made a simple pasta that was delicious and took very little time – it’s that amazing garlic & olive oil pasta from the movie Chef – click here for the recipe. The key is finding simple recipes. Don’t make it complicated or you’re likely to get overwhelmed and resort to takeout.

While I was cooking, I noticed that I was slicing garlic and chopping parsley with a lot more vigor than necessary. HARD CHOPS just pounding into the board. Over and over. Why? Because that’s my anger coming out. When you do something that typically feels good when you’re simultaneously feeling bad, it helps to shed some of the bad. It’s science. Ok maybe not science but it’s true, and that’s why I suggest you try it.

If you’re someone who enjoys working out (I wish I was one of you), you probably notice that when you’re going through it, you find those moments when you’re pedaling faster than you ever have, or pushing through those sprints with heavy feet pounding the pavement. Again, that’s your anger leaving your body. Embrace it, feel it, and let it go.

When I was riding my Peloton (the one that HE bought me, no less), I found myself crying halfway through. There was catharsis in that workout. It might have something to do with the fact that the peppy instructors say things like “nothing can stop you!” and “you don’t get to judge yourself today!” as you’re pedaling away, but whatever you get my point.

Try to do something for you today. There’s a BUNCH of shit you can do for yourself if you take a second to stop feeling bad and actually think about it. Hell, take it a step up and actually FEEL it. Visualize that shit. Then you’ll get all those warm fuzzies and reach that higher level of vibration that yoga instructors talk about.

And if you can’t find the motivation yet, don’t worry, you will. It takes time, but you will get there. Imagine I’m one of those Peloton instructors for a second because:

YOU CAN DO IT!! Nothing can stop you! Don’t give up on yourself!