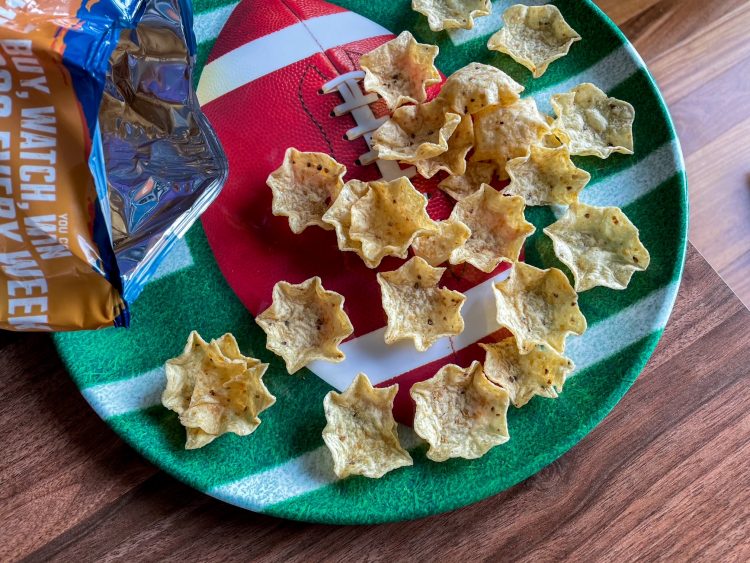 It’s almost that time of year! Unfortunately, this year looks a lot different than the Super Bowls from days of yore.

Prior to Covid (and my own life blowing up in my face), I used to host a BIG Super Bowl party for my friends every year in my apartment. It was something EVERYONE looked forward to, and every year it just seemed to get crazier and crazier. Let’s take a look back at that, shall we? And don’t worry, there are recipes along the way.

Fast forward to the day of the party. I’m getting texts left and right from friends asking if they can bring X, Y, and Z friend and their girlfriends/boyfriends, and my response was “of course!” Stupid, stupid move. These are STRANGERS. Not just to me, but to my own friends as well. What the fuck was I thinking? No one knows, not even me.

I ended up with roughly 40 people in my one bedroom apartment, and the room was filled with smoke from people smoking blunts in my bedroom. Great. Then, I found out that one of the “random” friends (aka a stranger) decided to drop acid. Who the fuck drops acid at a Super Bowl party?? Bitch this isn’t Burning Man. You’re watching TV and mostly sitting still. Welp, that resulted in said person attempting to throw a fucking chair off my balcony. No, I don’t know why and I don’t think he did either. And that was when I started kicking people out. But hey, at least the wings were good. Recipe for that here.

The trick is: I boil them and then I broil them. No frying, so they’re a bit healthier, and they become infused with flavor from the boiling process (which is a combo of water, salt, garlic powder, onion powder, and cayenne pepper). I made literally 100 of these one year, and they were gone within an hour or so.

The next year, I sent out the email invite again and made it super clear: NO RANDOMS. If you don’t know these people personally, they’re not coming to my house. I’m not risking getting arrested or sued because someone dropped acid in my apartment and tried to commit decorative manslaughter.

Thankfully, people remembered the craziness, so they obliged. Good friends. But guess what? Your own friends can end up being nightmares too! Especially when they don’t eat and then proceed to drink 7-8 vodka red bulls.

One guy was throwing chips at my TV. Another was screaming about someone in the room having STD’s (which wasn’t even true). And one of my friends puked in my sink as opposed to the toilet (which was right next to the sink, mind you). I asked why and she slurred, “I just wasn’t feeling the toilet vibe.” Ok, neat.

It was fucking bizarre all around. Make sure you feed your guests before they start consuming alcohol. That’s my #1 tip as a host. Here’s a good and filling recipe for that: Blue Cheese Burger & Caramelized Onion Dip. It’s basically like all the makings of a blue cheeseburger, melted down into a dip. It’s heavy, but it’s delicious. Adds some nice padding for that alcohol. Shove it down their throats if you have to. Here’s the “lighter” Turkey Burger version here as well.

Speaking of dip, there’s also this glorious BLT Dip: it’s onion or ranch dip in a bowl, topped with chopped up bits of bacon, lettuce, and tomato. SO EASY. And SO GOOD. Serve with pretzels, pieces of bread, whatever. I’d stay away from regular potato chips because they tend to be salty and you have enough salt in there from the bacon. They’re also a bit flimsy, and you need something sturdy to get all the layers without breaking. Eating dip is a science. Also, you can easily omit the bacon and sub it with something meatless if you’re a vegetarian. Mushroom “bacon” is actually quite good.

There’s a whole roundup of my favorite gameday recipes right here. High praise for the Chili, that’s always a hit too.

Moral of the story: despite all the aforementioned insanity, I actually miss those parties. I can’t even IMAGINE having a party now with 30-40 people (not that I would want to necessarily because I’m old now), but I’m pretty sure no one else can either. Are we EVER going to back to some sort of normalcy? And by normalcy I don’t mean drugs and emotionally abusive behavior. Though I guess that is normal for some people…

Anyway, til next year. Let’s hope things are better by then.